Whether you’re hiring talent or looking for work, we’re here to help. We are a creative staffing agency with an effective approach connecting talent to production companies or independent filmmakers and vice versa.

Whatever your budget is; micro, low, medium, we are passionate about helping you find the right talent to suit your needs. 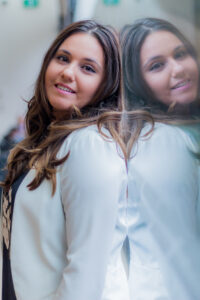 Mihaela graduated from University of British Columbia with a BFA in Visual Arts, Film & Theatre Production. In 2010, she composed music for a documentary titled Kosovo: Can You Imagine, which won a Silver Palm Award at the Mexico International Film Festival.

Her musical compositions have also been featured in over 20 theatrical shows and received high acclaim in The Vancouver Sun for Gormenghast – directed by Stephen Malloy. Read article here. Her first short film No Good Deed was selected and screened at Overcome Film Festival and received a Recognition in Filmmaking Achievement. No Good Deed also won award at West Wing Film Competition for Best Director. Her second short film Recon is currently being considered in 9 festivals in the U.S including San Francisco International Film Festival. View full list of film credits on IMDb here.

Mihaela enjoys working on movie sets and her approach is to always challenge yourself, have fun and work collaboratively because  that’s when great ideas happen. 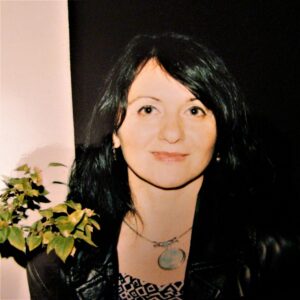 Carmen Istrate (Co-Founder) founded DCT Productions in 2013.  Carmen has over a decade of experience in hiring the key leaders and talent on several film productions, amongst them award winning film such as No Good Deed, a short military film produced in Canada.